Wallace, Hyam and Bowler among nominees for FLW Fans’ Championship Player of the Month 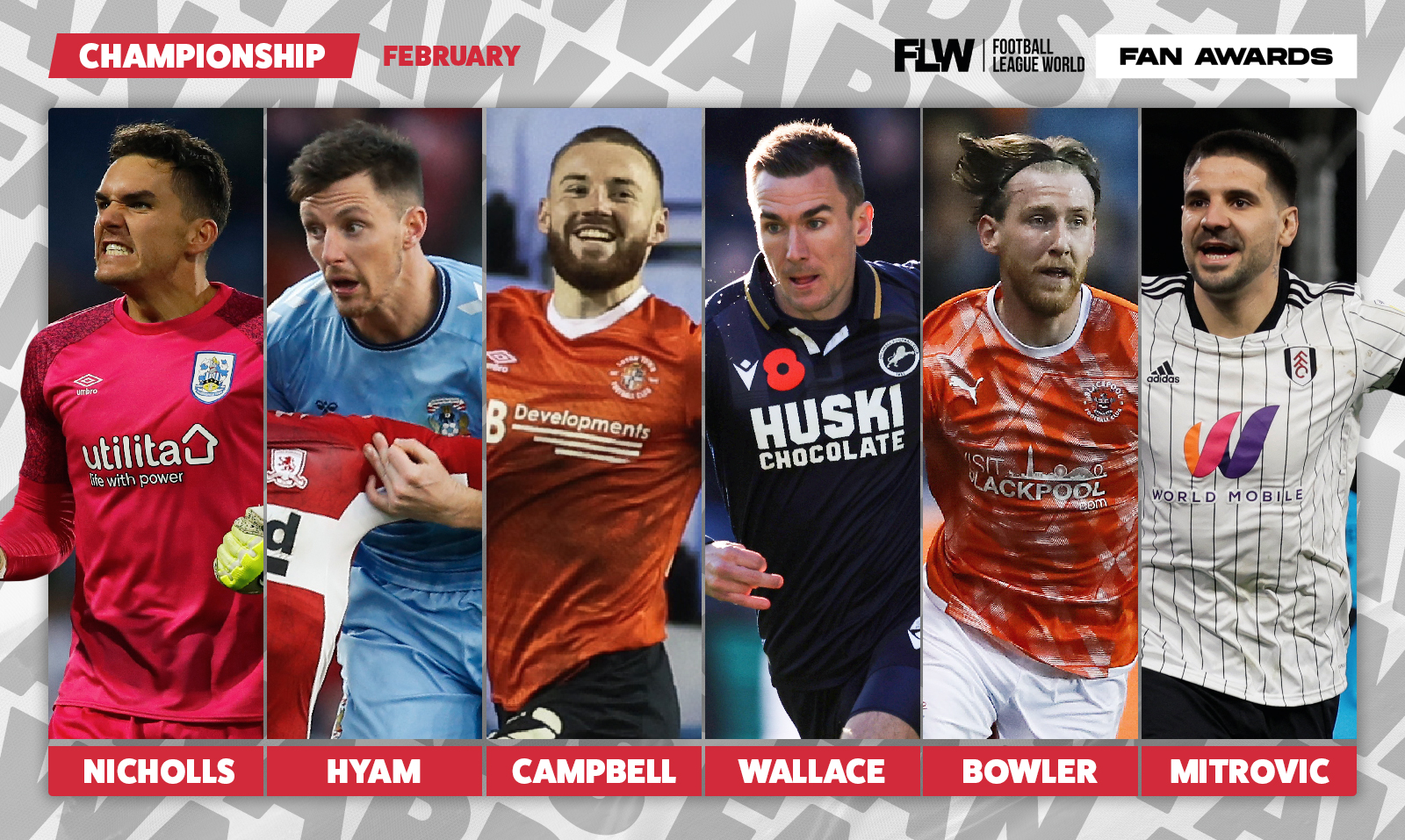 We’re closing in on the business end of the Championship season now, with the end of 2021/22 in sight.

It’s this point in the season when players really put their hands up to be counted and we’ve highlighted six that did just that in February.

The vote for the FLW Fans’ Championship Player of the Month award is now open and runs until 9am tomorrow, with the winner announced later that morning.

To help you cast your vote, we’ve broken down why each of the six nominees has made the shortlist.

Huddersfield Town went unbeaten in February, thanks in no small part to goalkeeper Lee Nicholls.

The shot-stopper provides his side with a reliable foundation and inspires confidence, which could be vital in the run-in.

Being difficult to beat has been at the heart of Coventry City’s success this season and no player embodies that more than centre-back Dominic Hyam.

The 26-year-old came to his side’s aid time and time again in February, making 35 clearances as he helped the Sky Blues go unbeaten.

Hyam was a useful asset in the opposition box as well, scoring twice in games that Coventry narrowly won.

Singling out just one Luton Town player for February was no easy task but the contributions of Allan Campbell simply could not be ignored.

The all-action midfielder was vital in ensuring that the front-foot style of football that Nathan Jones has his side playing was as effective as it was last month – with the Hatters winning 15 of a possible 18 points.

Campbell’s influence both in and out of possession was clear to see, with the Scot scoring twice and making 10 tackles.

It is no coincidence that the return of talisman Jed Wallace brought an upturn in form for Millwall, with the Lions finishing February with four straight victories.

The 27-year-old raises the performances of his teammates and was back to his sparkling best last month  – bagging a goal and providing 11 key passes.

There’s a strong argument to be made that no Championship player is more important to his team than Wallace is to Millwall and his recent displays have been evidence of that.

What the future holds for Blackpool winger Josh Bowler is uncertain but at the present, he is absolutely flying under Neil Critchley.

The 23-year-old had the Midas touch in February, scoring four times and making seven key passes as he took his game to a new level.

Game after game, he proved far too much for opposing defences to handle with his pace, direct running, and quality in the final third.

February was historic for Aleksandar Mitrovic as the Fulham striker broke the single-season goals record for the Championship – with months still left to go in 2021/22.

The Serbian has been utterly dominant this term and last month was no different, as he bagged six goals and provided seven key passes.

Fulham are on their way to the title and Mitrovic is on his way to a 40-plus goal season. It’s fair to say that opposing defenders will be happy to see the back of them.