Storey, Curtis and Thompson nominated for FLW Fans’ League One Player of the Month award for February 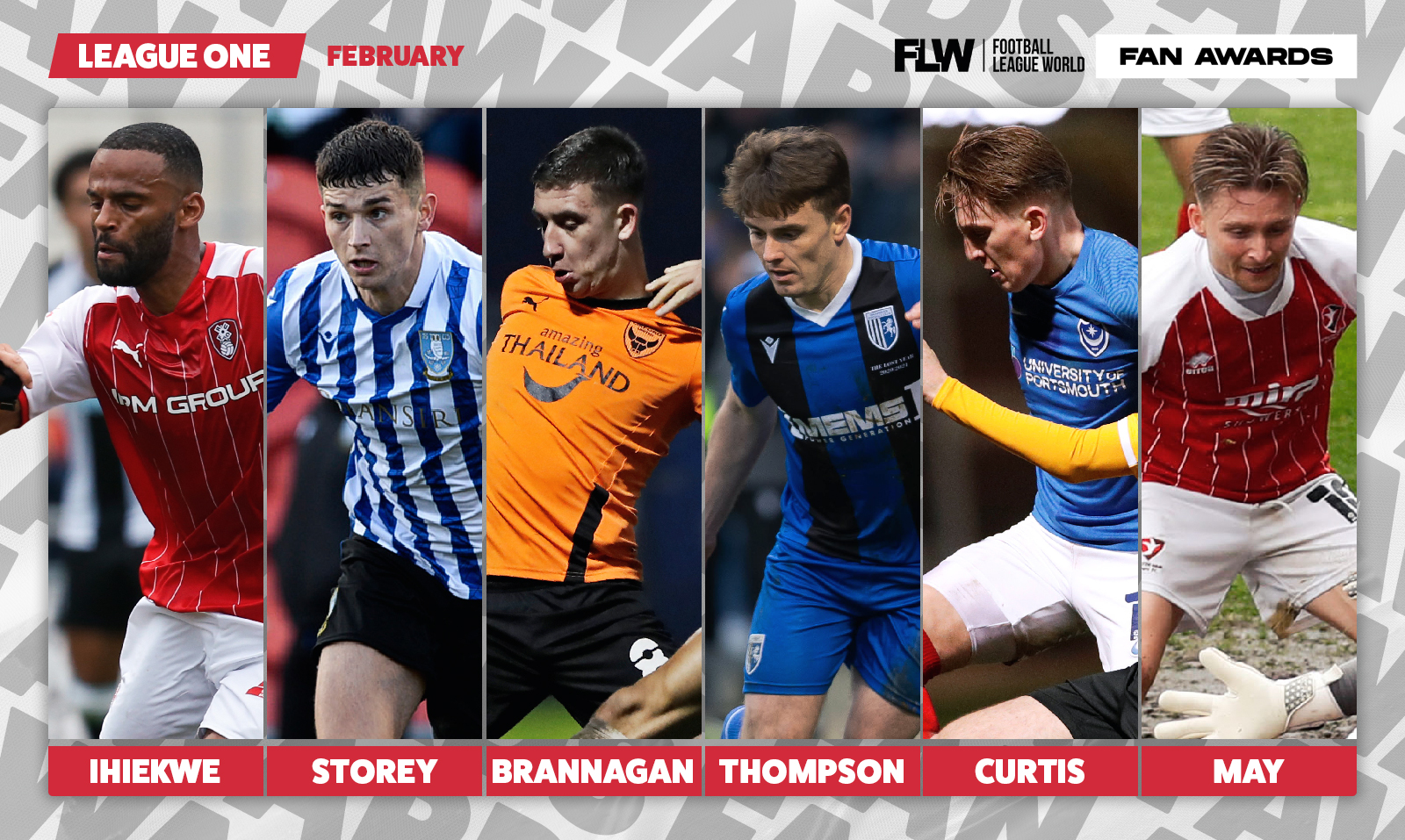 The end of the League One season is growing ever nearer and the events of February are likely to play a massive part in who goes up and who goes down when 2021/22 is done.

Six players made their presence felt in the third tier last month and have earned a place on the FLW Fans’ League One Player of the Month award shortlist for February.

The vote is now open and runs until 9am tomorrow. To help you decide who deserves your vote, we’ve broken down why each of the nominees is on the shortlist.

No one won more League One points in February than Rotherham United, who went unbeaten as they kept their title charge on track with six wins in seven games.

Remarkably, the Millers conceded just one goal in that period and centre-back Michael Ihiekwe was a big part of why.

The defender barely put a foot wrong all month – winning 38 aerial duels and making 28 clearances as he helped his side keep six clean sheets.

What a signing Jordan Storey has been for Sheffield Wednesday. The centre-back joined on loan from Preston North End in the January window and showcased his brilliance in February.

The Owls conceded just three goals all month as they surged up the table with 15 points from six games and it’s no coincidence their impressive recent run began to gather speed following Storey’s arrival.

The 25-year-old has lit up League One with his technical ability in the past but his brilliance last month helped Oxford take 13 points from seven games.

Brannagan proved his quality both in and out of possession – scoring four times and making a ridiculous 22 tackles.

Leaving Millwall to reunite with Neil Harris at Gillingham has proven a masterstroke for Ben Thompson.

It’s not been a bad move for the Gills either, whose turnaround in form in February has breathed fresh life into their survival hopes.

Thompson’s industry in midfield was key to that, with the new arrival finding the net and making seven tackles last month.

Ronan Curtis looked back to his best in February as he helped Portsmouth build momentum ahead of the League One run-in.

Danny Cowley’s side still hold promotion aspirations and if Curtis can maintain the form he showed last month, then it will be massive for their hopes of returning to the Championship.

There’s good goalscoring form and then there is Alfie May’s remarkable record in front of goal in February.

The Cheltenham Town forward scored eight goals in six games last month, including four in one game against Wycombe Wanderers, to push his tally for the season to 17.

The 28-year-old was far too much for opposing defences to handle and also provided one assist.