Kane, Diaz, De Bruyne: Is it time for Spurs man to move on as GMS POTM nominees are named 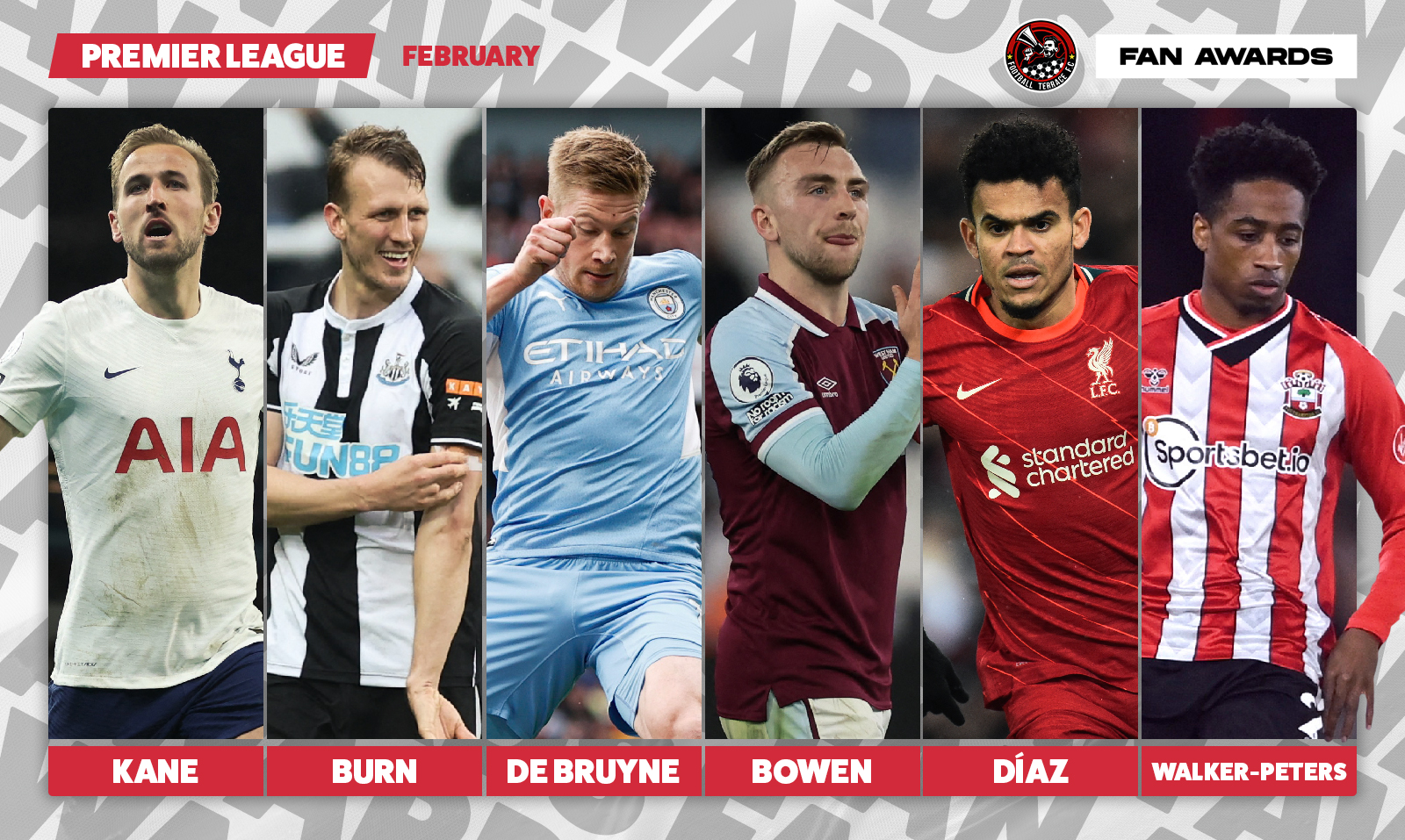 Harry Kane’s long wait for silverware will stretch into another season after Tottenham Hotspur were knocked out of the FA Cup by Middlesbrough.

Th England skipper was powerless to prevent Spurs crashing to a narrow 1-0 loss at the hands of the Championship side.

Having come close to ending his career with the north London side in 2021, is it time for Kane to finally make the ruthless decision and move on?

As one of GiveMeSport’s nominees for Player of the Month in February, Kane has proven he is still at the peak of his powers, but at Spurs that may end up counting for very little.

Even when it comes to competing for our prize he might fall short as he comes up against some tough competition.

The Newcastle man has been one of the keys to the Magpie’s revival of late as they look to escape relegation with the end of the season on the horizon.

His two clean sheets and 16 clearances in February could prove to be crucial.

The talismanic Manchester City maestro was at his best once again in February with a goal and five important tackles.

If City are going to hold fast in the title race, De Bruyne is going to have to continue his incredible form.

Bowen is having the season of his life and February was no different.

Two goals and an assist make him one of the favourites for the prize.

The former-Porto man has certainly set hearts a flutter on Merseyside with some truly exciting early promise.

Landing a nomination for Player of the Month within the first few weeks of his arrival is not a bad start at all.

The Southampton speedster has shown just what he is capable of this season and capped what has been a great effort so far with some superb performances in February.

2 clean-sheets and 8 tackles is a very healthy return.

Despite his 3 goals and one assist, Spurs endured a largely indifferent month and herein lies the problem.

Surely the time has come for Kane to look to pastures new?