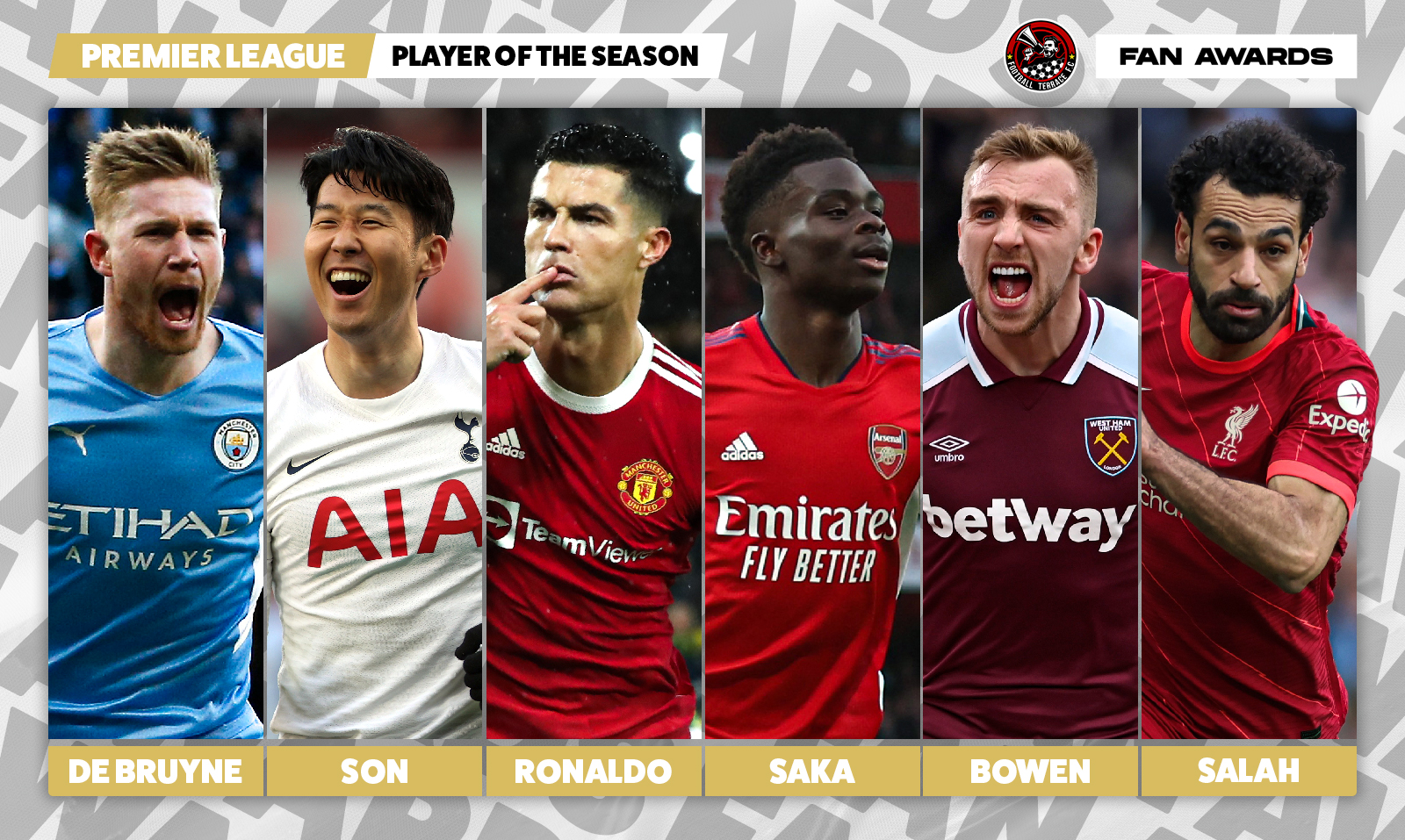 The Premier League season came to the most dramatic of endings as Manchester City pipped Liverpool to the title.

With 15 minutes left to run on the nine-month season, it was all still completely up for grabs with City trailing to Aston Villa and Liverpool level-pegging with Wolves.

City, however, saw to it that there would be no painful slip ups as they roared back into life, rattling three crucial goals into the Villa net to see their season end on quite the crescendo.

However, while the title race one of the most exciting we have ever seen, there was drama up and down the length and breadth of the table throughout the season with a number of players coming to the fore and shining bright.

Jarrod Bowen of West Ham was a particular bright spark while Son Heung-Min once again underlined his credentials as one of the best in the league.

But just who was the best player this season? While Kevin De Bruyne might have won the big award, we would rather see who you, the fans, thought had the season of their lives.

Liverpool’s Egyptian King started like a house on fire as he carved out a massive lead in the race for the Golden Boot.

His numbers did wane post-Christmas but he was still a crucial cog in a team that came within a single point and a single goal of winning an unprecedented quadruple.

His return of of 23 goals and 13 assists saw him win a share of the Golden Boot as well as the Playmaker Award.

De Bruyne was at his ridiculous best all season long as City clinched yet another title.

The Belgian’s ruthless creativity is one of the hallmarks of Pep Guardiola’s electric side and he took it to the next level in 2021/22.

His 15 goals and 8 assists would prove crucial in City’s crusade towards domestic domination.

Son was a man possessed in the second half the season as he hunted Salah down to earn a share of the Golden Boot.

It was Son’s goals that led Tottenham’s charge towards the top four as they usurped city rivals Arsenal to grab a spot at Europe’s top table.

23 goals, all from open play, and 7 assists in an incredible return from the South Korean.

The return of the Manchester United king didn’t exactly go according to plan for the club as they struggled to keep pace with their rivals.

Ronaldo, however, is hardly to blame for that as he made a habit of hauling United back from the brink throughout the season.

Without his 18 goals and 3 assists, goodness only knows where United may have ended up.

The West Ham man has been a revelation this season.

Bowen has been the driving force behind one of the Hammers’ most memorable seasons as they finished seventh, only five points off the promised land of the top four.

His 12 goals and 10 assists often left the so-called big boys with a bloody nose as Bowen truly announced himself to the league.

Saka was a shining light in what proved to be a bit of a roller-coaster season for Arsenal.

While their consistency struggled, Saka continued on as he looked to drag them into the Champions League.

Sadly, it wasn’t to be for Saka but his 11 goals and seven assists represent a fantastic season for the youngster.