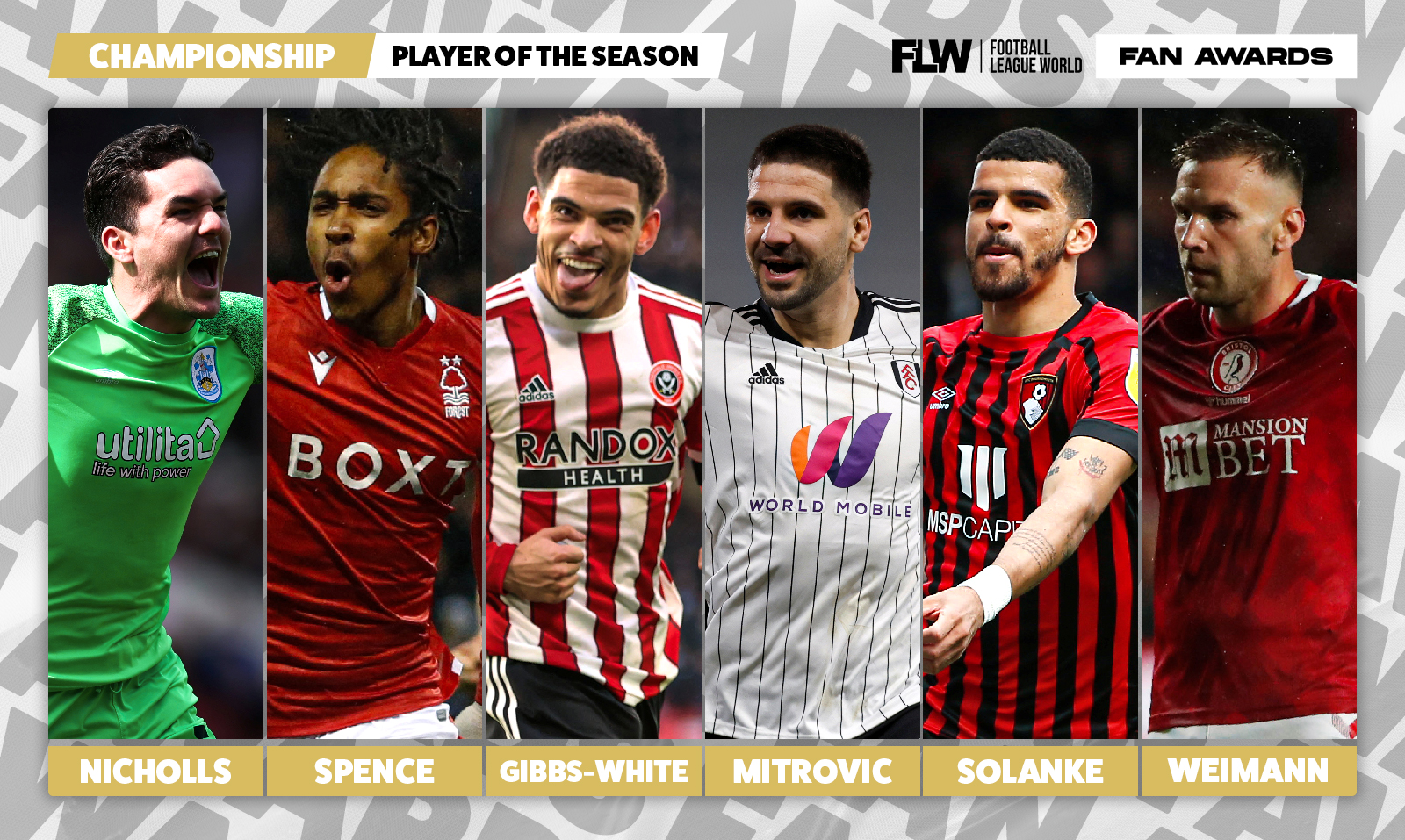 The Championship served up no end of excitement and drama in 2021/22, concluding in a play-off final at Wembley that saw one of England’s historic clubs return to the Premier League.

It was a season to remember and one packed full of outstanding performances, with six of the best on the shortlist for the FLW Fans’ Championship Player of the Season award.

No Championship goalkeeper made more saves in 2021/22 than Lee Nicholls, whose stability and heroics between the sticks helped Huddersfield Town come close to Premier League promotion.

Certainly a candidate for signing of the season, Nicholls joined the Terriers on a free transfer last summer and played all but three of their league games – making 138 saves in total and keeping 18 clean sheets.

After 23 years away, Nottingham Forest are back in the Premier League and few players represent their rise under Steve Cooper better than Djed Spence, whose bursting runs down the right flank were vital in their promotion push.

The wing-back was deemed excess to requirements by Middlesbrough but thrived out on loan at the City Ground – scoring four times and making 67 tackles – and is now set for a big-money move to a top flight club.

Morgan Gibbs-White is the latest Premier League loanee to take the Championship by storm as he played a pivotal role in Sheffield United‘s promotion push.

Used in midfield and at times pushed further forward, Gibbs-White’s magic helped the Blades reach the play-offs and he finished the season with 12 goals and 10 assists.

Aleksandar Mitrovic produced arguably the greatest Championship season by a striker ever in 2021/22 – scoring a record-breaking 43 goals and providing seven assists as he fired Fulham to the title.

We quickly ran out of superlatives for the Serbian as week after week, he dominated opposition defences and proved a cut above in the second tier.

If there were questions about how complete a striker Dom Solanke is heading into the season, the Bournemouth man has certainly answered them.

He proved his qualities not just as a goalscorer but as a creator and a player that is willing to work hard for his teammates – as his 29 goals and seven assists on the way to promotion back to the Premier League illustrate.

Andreas Weimann took his game to a new level in 2021/22, producing the best season of his career as he bounced back from an ACL injury in remarkable style.

His energy and dynamism have been clear to see for some time but it was the Austrian’s pure quality in the final third that caught the eye last term as he scored 22 goals and provided 10 assists for a Bristol City side that were languishing just above the relegation fight for the majority of the season.