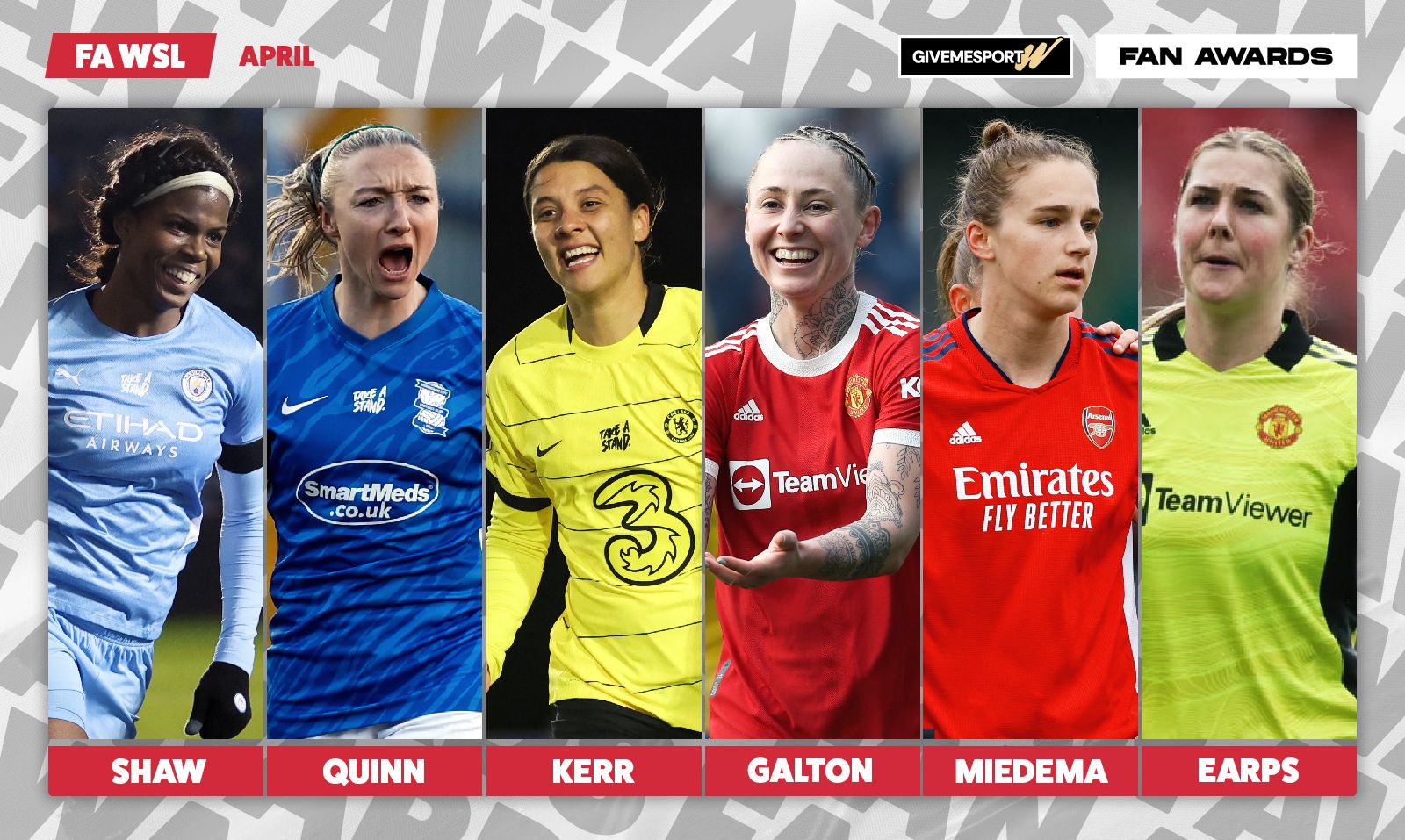 A gripping WSL season has finally come to a close as Chelsea claimed a third successive title in dramatic circumstances.

Trailing 2-1 to Man United at half-time on the final day of the season, Emma Hayes’ side produced a magical comeback to win 4-2 and finish one point above runners-up Arsenal.

There have been plenty of exceptional performances in the league this season and we’ve published our own awards, based on those who impressed us the most.

But now it’s the chance for you guys to pick your standout players by voting in our fan awards.

Below, are the six best players in the league from April. Here’s a detailed look at how they got on last month:

Quinn almost helped Birmingham pull off the great escape, though they eventually came up agonisingly short.

The 31-year-old scored a double against Brighton and helped her side keep a clean sheet against Everton.

Earps kept clean sheets in both games for Man United in April, though the Red Devils missed out on Champions League qualification.

The 29-year-old is one of many talented English keepers and has made 16 appearances for the Lionesses.

Earps featured in every game for United across the season and kept 10 clean sheets in total.

Galton also played a starring role for United in April –– scoring a crucial winner against Brighton.

The 27-year-old has been at United ever since they formed in 2018 and was part of the side that won the Women’s Championship in 2019.

Galton formed an impressive partnership with Ella Toone and Alessia Russo throughout the season and notched eight goals in total across the campaign.

Kerr won the Golden Boot again this season and four of her 20 league goals came in April.

The most important of these came in a 2-1 win over Spurs, where Kerr rose highest to meet a cross from Pernille Harder.

Kerr’s performances throughout the season led to her being named the Football Writers’ Women’s Player of the Year.

Despite being overshadowed at times by teammate Beth Mead, Miedema still had another excellent season.

The Dutch striker ended the campaign with 14 goals and eight assists in 22 matches.

Two of these goals came in April, along with an assist against Everton.

There are reports that the 25-year-old is close to signing a contract extension to stay at Arsenal and Gunners fans will be praying they can keep hold of their prized asset.

Shaw found it difficult to adapt to life in England at first but ended the season on a high.

Man City were outstanding in the latter stages of the campaign and Shaw scored four times in a 7-2 win against Brighton.