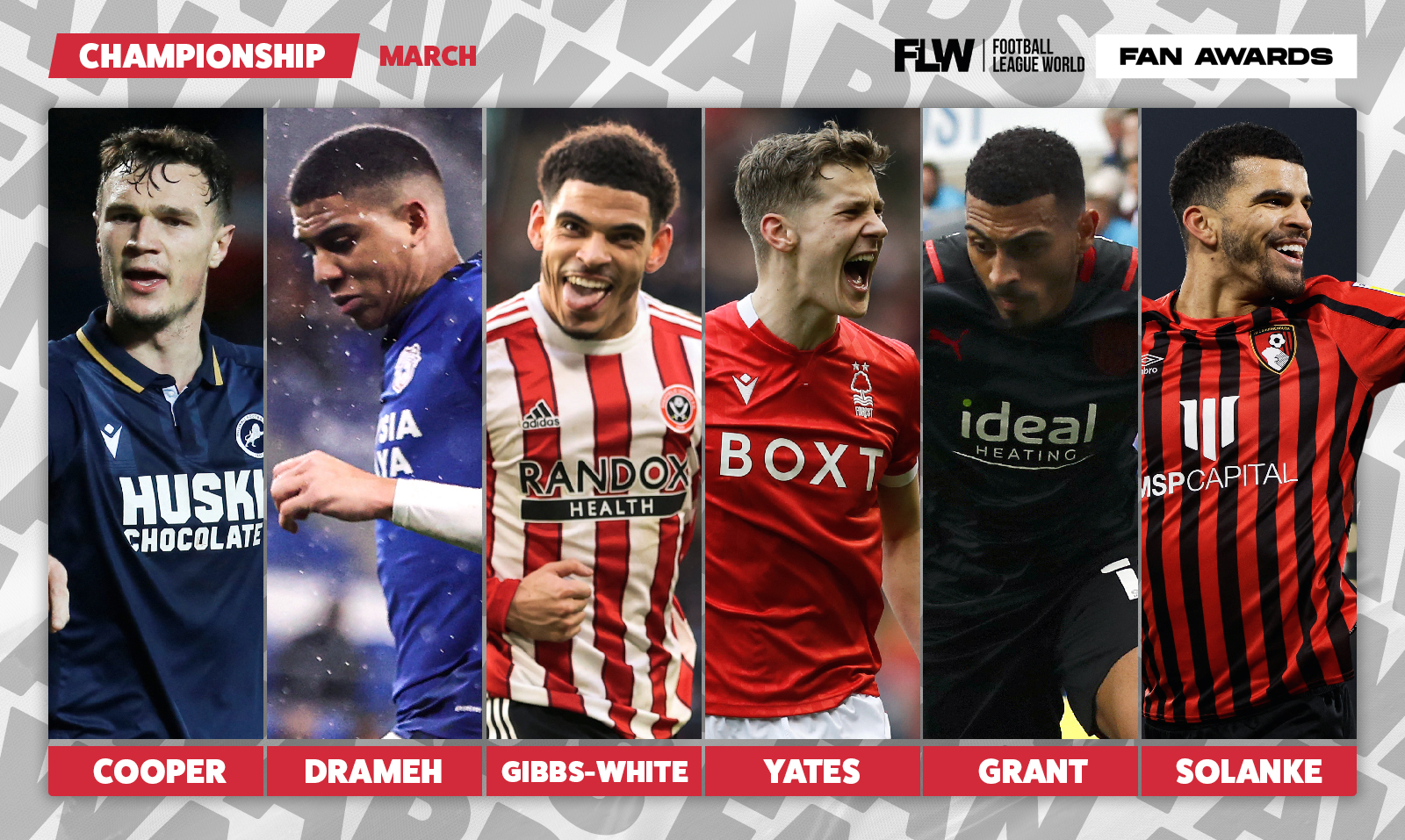 The international break feels like the calm before the storm in the Championship with the business end of the season now approaching.

It’s also allowed us to take stock of some fantastic performances in March and the vote for the FLW Fans’ Championship Player of the Month award is now open.

You have until 9am tomorrow to cast your vote and to help you choose who to go for, we’ve broken down why each of the six nominees has made the shortlist…

Millwall’s defensive solidity was vital as they maintained their play-off push by taking eight points from five games in March.

Gary Rowett’s side conceded just twice and kept four clean sheets with no player more important than Jake Cooper, who influenced things at both ends of the pitch – making 32 clearances and scoring one goal.

It took him a little bit of time to settle but Leeds United loanee Cody Drameh proved his Premier League potential in March as he helped Cardiff City take more Championship points than any other side.

The 20-year-old’s bursting runs down the right flank made him an asset for the Bluebirds, providing one assist, while his defensive tenacity was clear for all to see and is reflected by his 17 tackles.

Football is about entertainment and Morgan Gibbs-White is an entertainer, it’s as simple as that.

The Wolves loanee has been central to the play-off push under Paul Heckingbottom with his two goals and two assists over the past month helping the Blades maintain on course for a top six finish.

Ryan Yates has not always been the most popular player amongst Nottingham Forest fans but under Steve Cooper, his importance to the Reds is undeniable.

Few players in the Championship work as hard as the midfielder, who served a reminder of his quality both in and out of possession in March – scoring three times and making five tackles in his side’s three Championship games over the past month.

West Bromwich Albion went unbeaten in March – taking eight points from four games – and it’s no coincidence that Karlan Grant was back to his best in front of goal.

Grant scored four times for the Baggies over the past month to take his tally for the season to 14 and also provided one assist.

Dom Solanke has established himself as a top quality Championship striker this season and his full range of talents were on show in March.