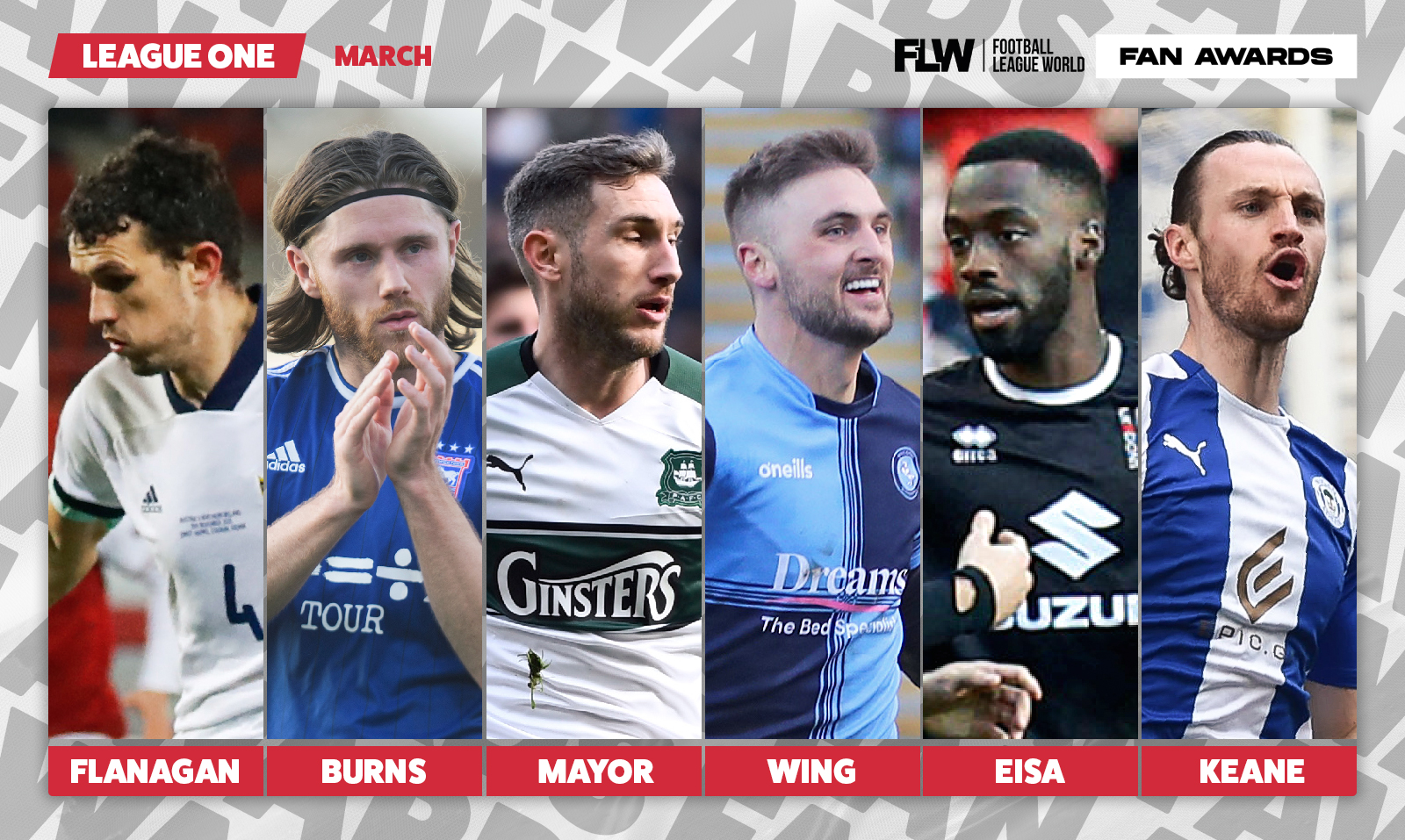 The end of the 2021/22 season is now in sight and it looks as though we’re in for a dramatic conclusion in League One.

Everything is still to play for at both ends of the table and March brought some massive results, on top of some sensational performances.

The vote for the FLW Fans’ League One Player of the Month award is now open and runs until 9am tomorrow.

Six nominees have been shortlisted for the award and to help you decide how to cast your vote, we’ve outlined why each has got the nod.

What a signing Tom Flanagan has proven to be for Shrewsbury Town and his influence was clear to see in March as they conceded just twice and took 11 points from six games.

The Northern Irishman has looked back to his best since leaving Sunderland – making 22 clearances and nine tackles last month.

By far and a way the pick of Ipswich Town’s many summer signings, Wes Burns has had a fantastic debut season at Portman Road and he’s been consistently brilliant over the past month as well.

The winger is a constant threat from the right flank – contributing 10 key passes to go with his one goal and two assists.

Plymouth Argyle were the in-form team in League One in March, taking 18 points from seven games, and the contributions of Danny Mayor in the centre of the park simply cannot be ignored.

Mayor flexed his muscles as both a goalscorer and a creator – finding the net once and adding four assists.

Lewis Wing’s time at Sheffield Wednesday didn’t work out for either party but he looks rejuvenated in a Wycombe shirt.

The midfielder’s industry in midfield helped the Chairboys go unbeaten in March, with Wing showing his qualities both in and out of possession by scoring twice and making nine tackles.

MK Dons went unbeaten in March, taking 10 points from four games – including a win against Rotherham United and a draw with Wigan – to keep in the race for the automatic promotion places.

Week after week, Mo Eisa produced in big moments for Liam Manning’s side and his two goals and one assist were worth much more than it might initially seem.

It has been some season for Wigan striker Will Keane, who is closing in on 20 goals after an eye-catching March.

The Latics have played five League One games over the past month and that they took 13 points, remaining unbeaten, during that period is due in no small part to Keane as he bagged four goals and provided eight key passes.