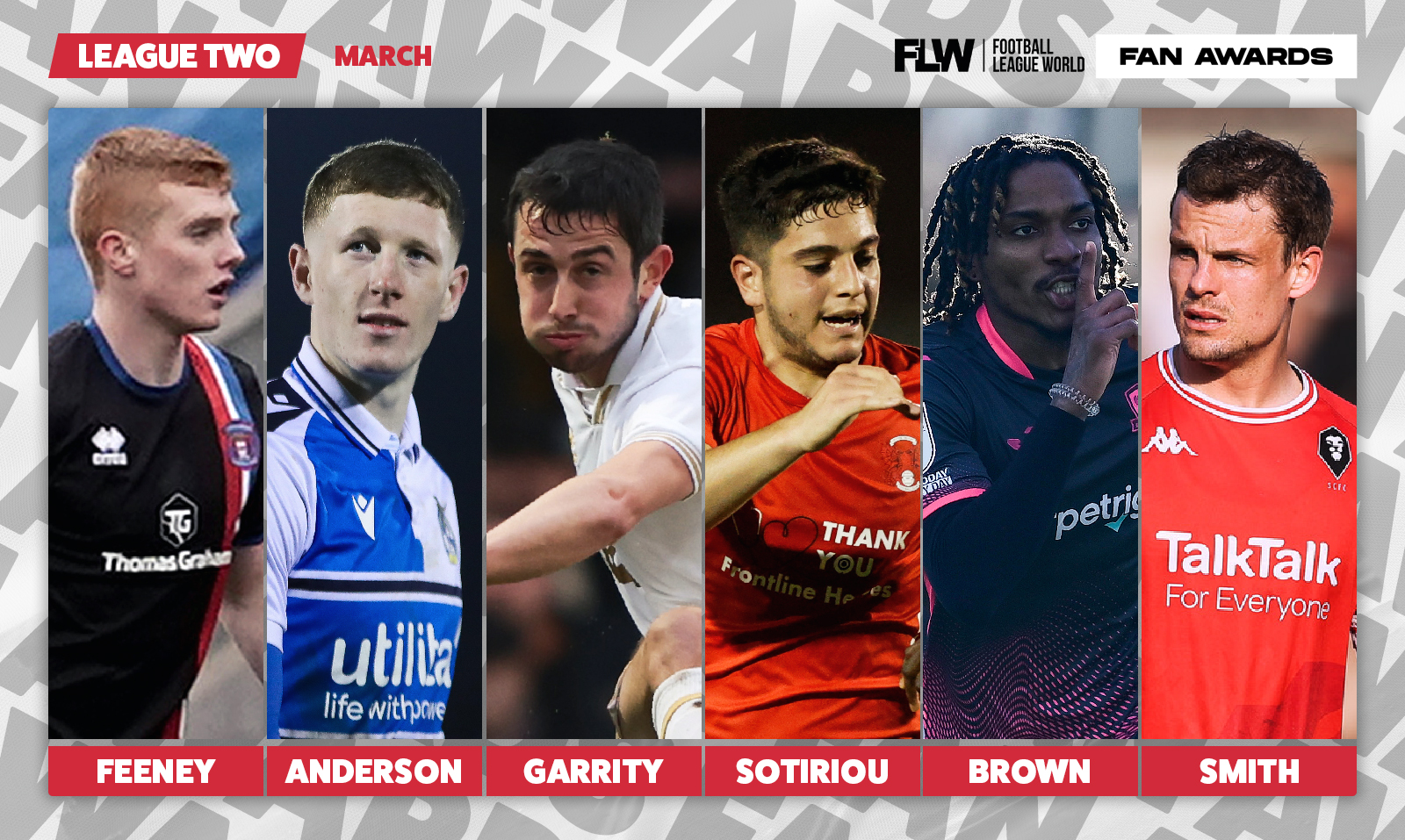 While most domestic divisions stopped during the international break, the drama continued in League Two.

We are now closing in on an exciting conclusion in the fourth tier – with sides battling for EFL survival at one end of the table and for a chance to reach League One at the other.

There have been some fantastic performances in March and six of the standout players have been nominated for the FLW Fans’ League Two Player of the Month award.

The vote is now open and runs until 9am tomorrow, so to help you make your pick, we’ve outlined why each player has got the nod.

March has been a truly remarkable month for Carlisle United, who took 15 points from seven games as the turnaround under Paul Simpson gathered pace.

Morgan Feeney has embodied the Cumbrians’ fighting spirit better than anyone – making 32 clearances and bagging a goal – and deserves recognition.

The 19-year-old arrived at Bristol Rovers as one of Newcastle United’s most highly-regarded talents and it is clear to see why.

Elliot Anderson has been too much for opposing sides to handle in March – scoring twice and providing seven key passes as he’s helped the Gas take 15 points from seven games.

Port Vale have stormed up the table in March and it’s no surprise that Ben Garrity has been central to their success.

The midfielder’s influence is impossible to ignore and over the past month he’s flexed his muscles as both a goalscorer and a creator – finding the net three times and providing an assist.

Leyton Orient look to have a really exciting prospect on their hands in Ruel Sotiriou, who has been in stunning form over the past month.

The 20-year-old has scored six times and provided an assist in seven games in March as he’s helped the O’s make a flying start to life under Richie Wellens.

Not for the first time this season, Exeter City forward Jevani Brown finds himself on the FLW Fans’ League Two Player of the Month shortlist.

The Grecians have closed the gap on league leaders Forest Green Rovers to just four points and that’s thanks in no small part to Brown’s quality in the final third as he’s scored twice and added three assists.

Signing Matt Smith in January always looked like a phenomenal bit of business from Salford City and the towering striker has made his presence felt in March.

Smith bagged three goals and an assist in six games to help Salford extend their unbeaten run to 10 games.