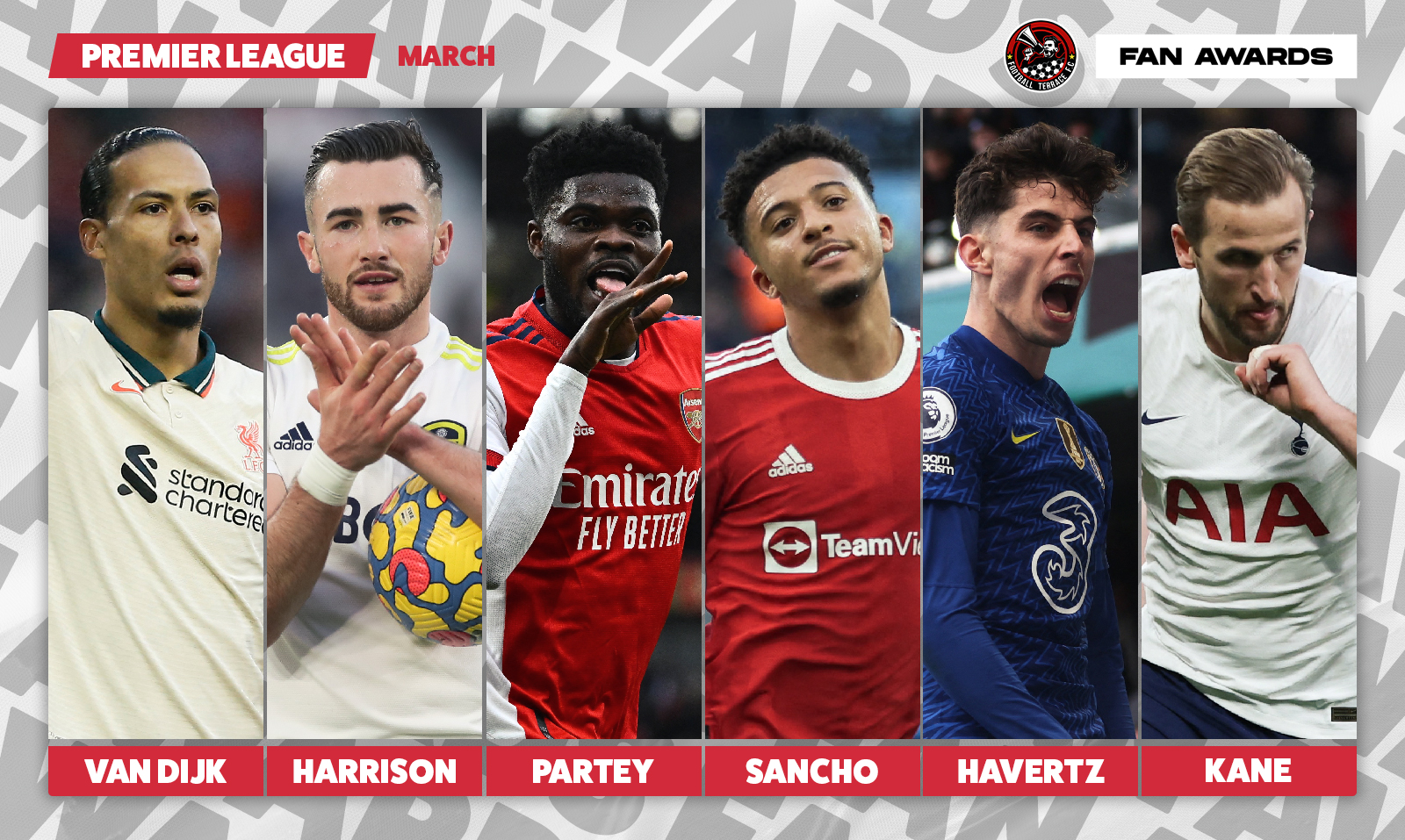 He has been one of the few bright spots for Ralf Rangnick’s side this season and some believe he was unfairly left out by Southgate.

Emile Smith Rowe, Jack Grealish and Raheem Sterling were all preferred to the 22-year-old but it is hard to argue with those three being included.

Sancho is, however, one of GiveMeSport’s nominees for Player of the Month and he again faces some serious competition.

The towering centre-half has been a major reason for Liverpool’s faultless recent form.

He has been part of a side who has conceded no goals whilst the Dutchman has also won 11 aerial duels that he has been involved in.

Jesse Marsch’s Leeds revival has been very impressive and that is in part down to Jack Harrison.

The winger has been a major force for his side with one goal and eight key passes in the month of March.

Three months ago, Thomas Partey gave his performances since being at Arsenal a 4/10.

Since then, he has been a different player and has thrived in March in the base of a midfield three with Granit Xhaka and Martin Odegaard.

His one goal and 12 tackles highlight his importance to Arsenal.

Sancho has contributed one goal and one assist this month – with that goal being Manchester United’s only positive during the 4-1 thrashing at the hands of Manchester City.

He has been very impressive of late and will need to keep that up if he wants to get Southgate’s attention.

The German international is now Chelsea’s talisman and his performances have been a bright spot, despite the London club’s troubles off the field.

Four goals and one assist during March for the 22-year-old make him a deserving nominee.

The highlight was a sublime winner against Newcastle.

He will have to keep up his performances if Antonio Conte’s side are to catch Arsenal in fourth.