Kerr, Mead, Hemp: Who is GMS Fans’ WSL Player of the Season? 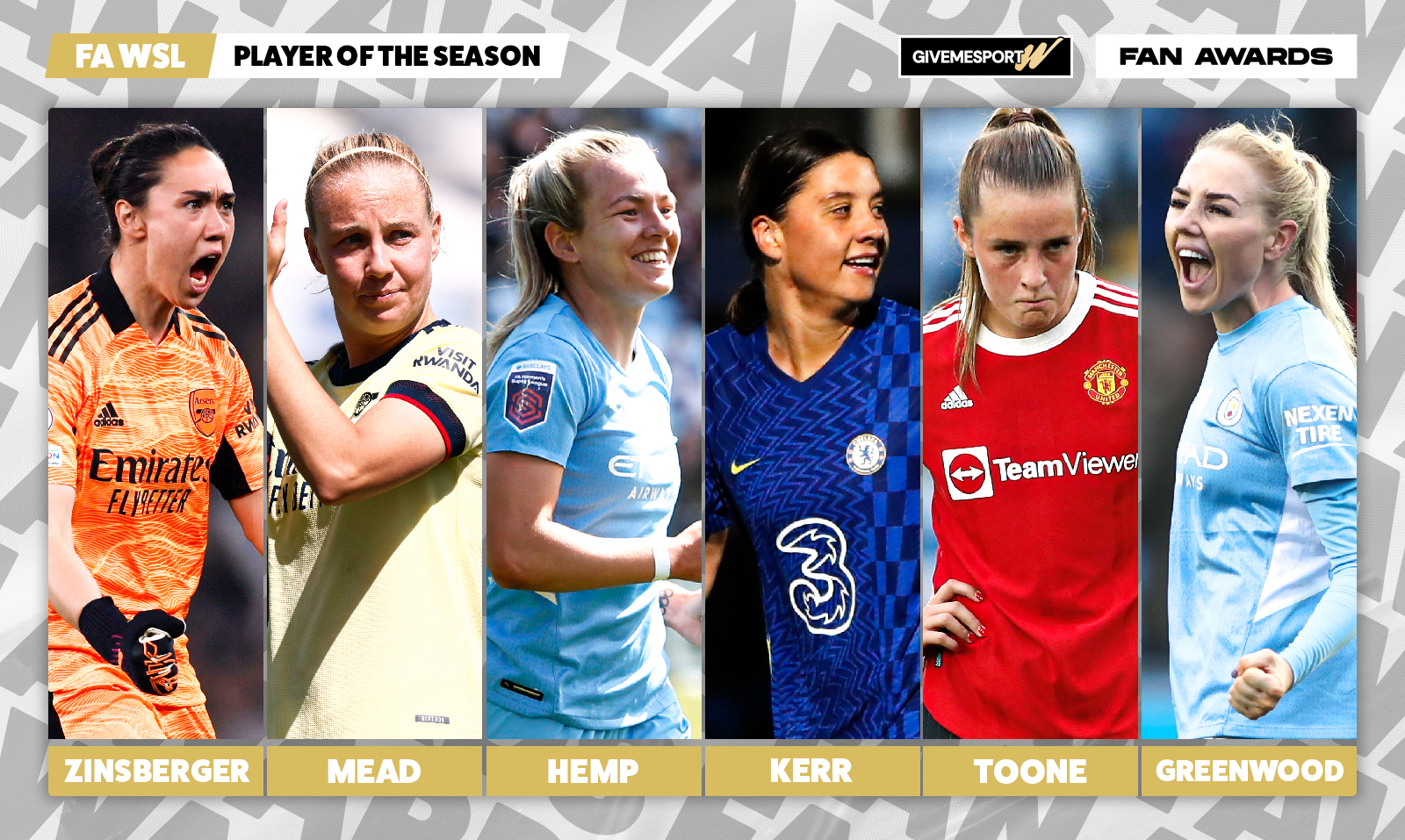 While Arsenal led the way for the majority of the season, a shock defeat to relegated side Birmingham opened the door for the Blues and Emma Hayes’ side duly capitalised on the Gunners’ slip up.

Over the course of the year, there were a plethora of outstanding individuals, from rising talents to world-class stars.

We’ve selected six of the standout players from across the campaign and now it’s up to you to have your say.

The likes of Vivianne Miedema, Jess Carter and Millie Bright were all unlucky to miss out on this list, but unfortunately, we’ve had to narrow it down to just the six.

The Australian proved to be the hero for Chelsea on a number of occasions and scored twice against Man United on the final day as the Blues overturned a first-half deficit to win a third league title in a row.

For her performances throughout the season, Kerr was named the Football Writers Association’s Women’s Footballer of the Year –– receiving 40 per cent of the vote.

Given Arsenal’s array of attacking options, many expected Mead to struggle for game time this season.

But the winger scored twice on the opening weekend of the season against Chelsea and never looked back after that.

The English forward finished the campaign with 11 goals and eight assists –– the joint most in the league.

Though Arsenal missed out on the league title, Zinsberger conceded just 10 goals all season and kept 13 clean sheets.

The 26-year-old joined the Gunners from Bayern Munich in 2019 and signed a new contract last year that will keep her at the club until at least 2023.

Zinsberger is also Austria’s first-choice goalkeeper and will come up against England at Euro 2022 this summer.

Hemp started the season relatively slowly but was outstanding for City in the second half of the campaign.

The skilful winger has established herself as City’s most pivotal player and she finished the season with 10 goals and six assists.

While Hemp starred in attack for City, Greenwood was a rock in defence for Gareth Taylor’s side.

The 28-year-old showed impressive versatility –– operating at full-back and centre-back across the campaign.

Toone has been at United since the club formed in 2018 and has become a firm fan favourite.

The creative forward registered the joint most assists in the league last year and scored seven goals as well.

Despite interest from a number of clubs, Toone signed a new deal with United in November 2021 –– keeping her at the club until 2025.