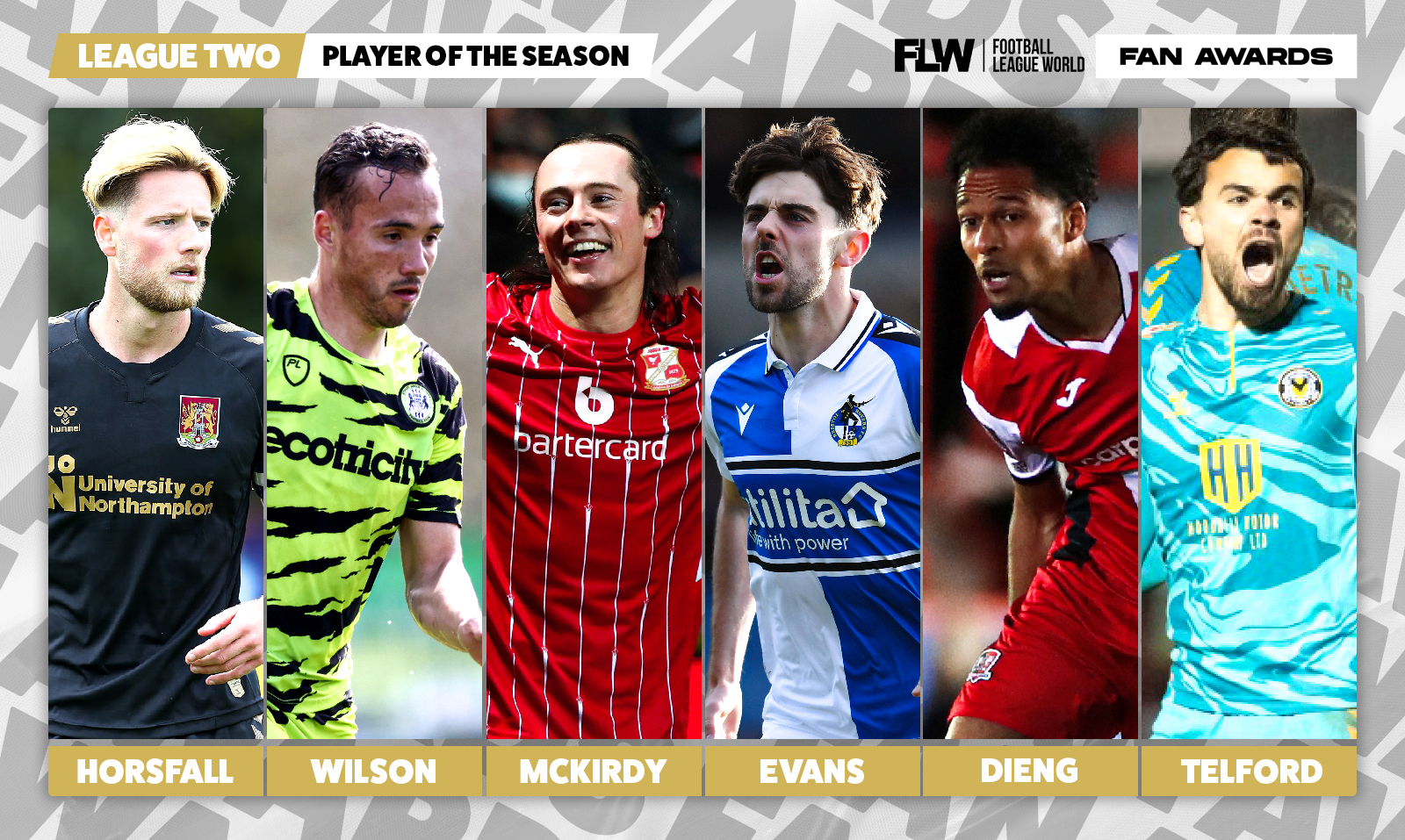 From start to finish it was full of twists and turns, as well as some phenomenal performances. Six of the standout players have been named on the shortlist for the FLW Fans’ League Two Player of the Season award.

No team in League Two had a better defensive record than Northampton Town in 2021/22 and Fraser Horsfall was central to their success.

The centre-back dominated opposition attackers and proved a threat in the final third himself – winning a mammoth 359 aerial duels and scoring nine times – as he helped the Cobblers reach the play-offs.

It was hard to pick just one player from title winners Forest Green Rovers for the shortlist but Kane Wilson’s unbelievable campaign simply had to be rewarded.

The right wing-back worked hard for his side out of possession, making 63 tackles, but it was his exploits in the final third that really caught the eye as he made 16 goal contributions, including 13 assists.

Exeter City finally clinched promotion to League One in 2021/22 and no player was more important for the Grecians than midfielder Timothee Dieng.

His influence both with and without the ball was impossible to ignore, with the 30-year-old scoring 12 goals and making 72 tackles.

Without a doubt one of the signings of the season, Antony Evans was a key man as Bristol Rovers bounced back up to the third tier via a dramatic promotion on the final day.

The attacking midfielder produced some massive moments for the Gas and was unstoppable at times – scoring 10 goals and providing 12 assists.

It may have ended in disappointing circumstances but we should not underestimate just what a brilliant 2021/22 campaign Harry McKirdy enjoyed.

Week after week, the Swindon Town playmaker proved far too much for opposing defences to handle – finding the net 22 times as well as providing eight assists.

Told he could leave Newport County in the summer, Dom Telford went about proving the doubters wrong and from October onwards enjoyed a truly scary run of form in front of goal.

The League Two golden boot winner scored 25 times in total but has other strings to his bow, as his 41 key passes indicate.