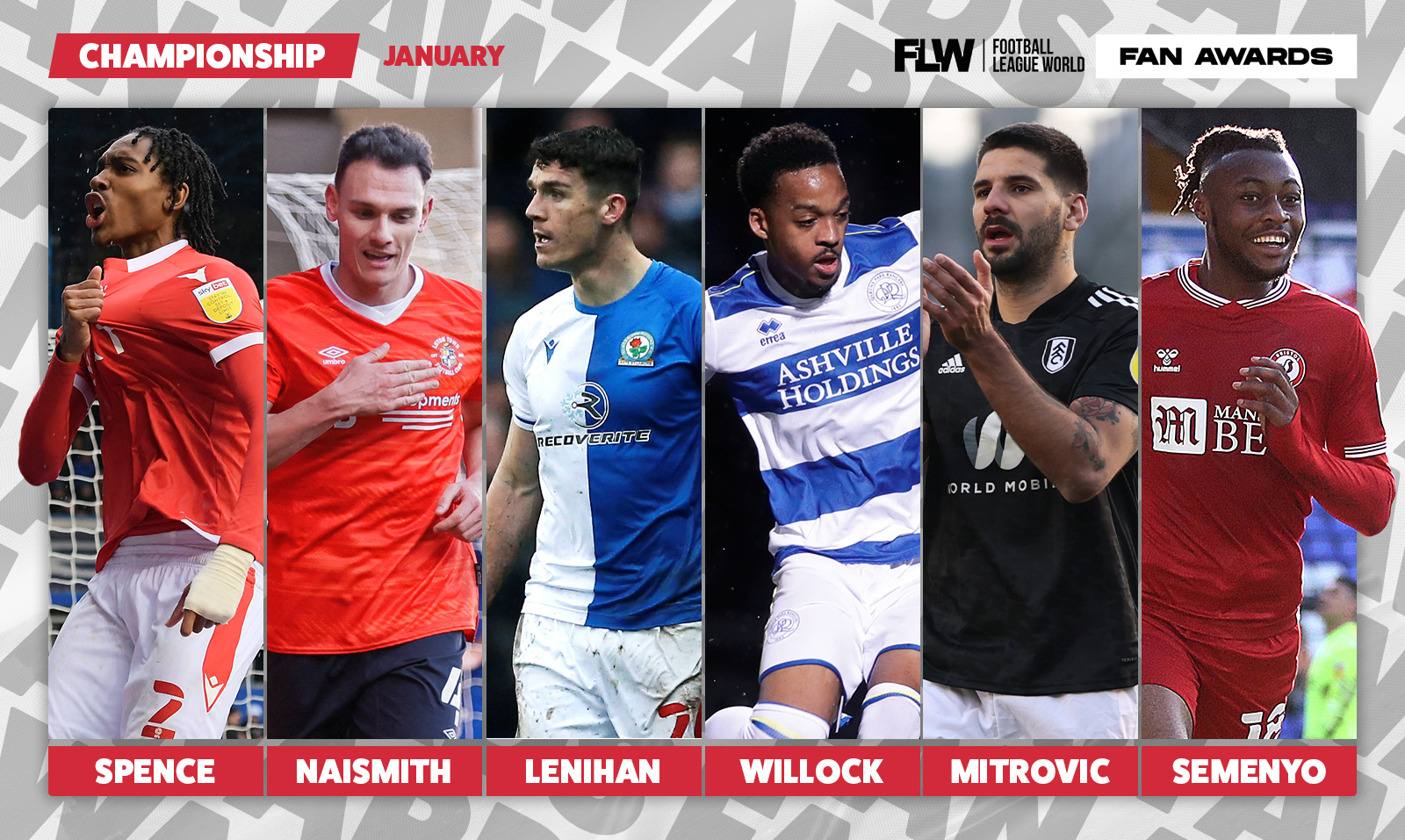 As with every January, transfer speculation has dominated the headlines but there has been plenty of twists and turns on the pitch in the Championship as well.

Six of the best second-tier players have been named on the shortlist for the FLW Fans’ Championship Player of the Month award for January.

The vote is now open and runs until 9am tomorrow, with the winner announced an hour and a half later.

Before you have your say, we’ve broken down why each nominee has earned their place on the shortlist and deserves your vote.

Only two teams took more points than Luton Town in January (10) and the consistent brilliance of Kal Naismith was a key factor as Nathan Jones’ side started 2022 in style.

The centre-back proved a real asset at both ends of the pitch – contributing a goal and an assist while also making 24 clearances.

Darragh Lenihan has been emblematic of a Blackburn Rovers side that look inspired under Tony Mowbray this season with the Ewood Park outfit currently second in the Championship.

The Irish centre-back has been key to Rovers’ resolute defence, making 13 tackles as he’s helped them keep three clean sheets this month, and an asset in their attacking play with his brilliant distribution.

Steve Cooper’s side took nine points from a possible 12 in January as they chase a play-off place due in no small part to the stunning form of wing-back Djed Spence.

The Middlesbrough loanee has turned heads with what he’s offered from the right flank – providing one assist and helping his side keep two clean sheets.

With Ilias Chair at the Africa Cup of Nations with Morocco, there was extra pressure on Chris Willock as QPR’s key creator in January and the 24-year-old did not disappoint.

Willock has taken his game up a level this month – scoring once and providing five assists as the R’s have taken 13 points from a possible 15.

Aleksandar Mitrovic has continued his remarkable goalscoring form over the past month, scoring six times and providing two assists to move him closer to a new record tally in the second tier.

Week after week, the Serbian proved far too much for opposition defensive lines to handle as he helped Marco Silva’s side open up a gap at the top of the Championship table.

There is newfound positivity at Ashton Gate right now and the form of exciting young forward Antoine Semenyo is a key part of why.

2020/21 was something of a breakthrough season for the 22-year-old but he’s found a new gear this month – scoring three times and adding three assists.