Broadhead, Gregory & Keane among nominees for FLW Fans’ League One Player of the Month for April 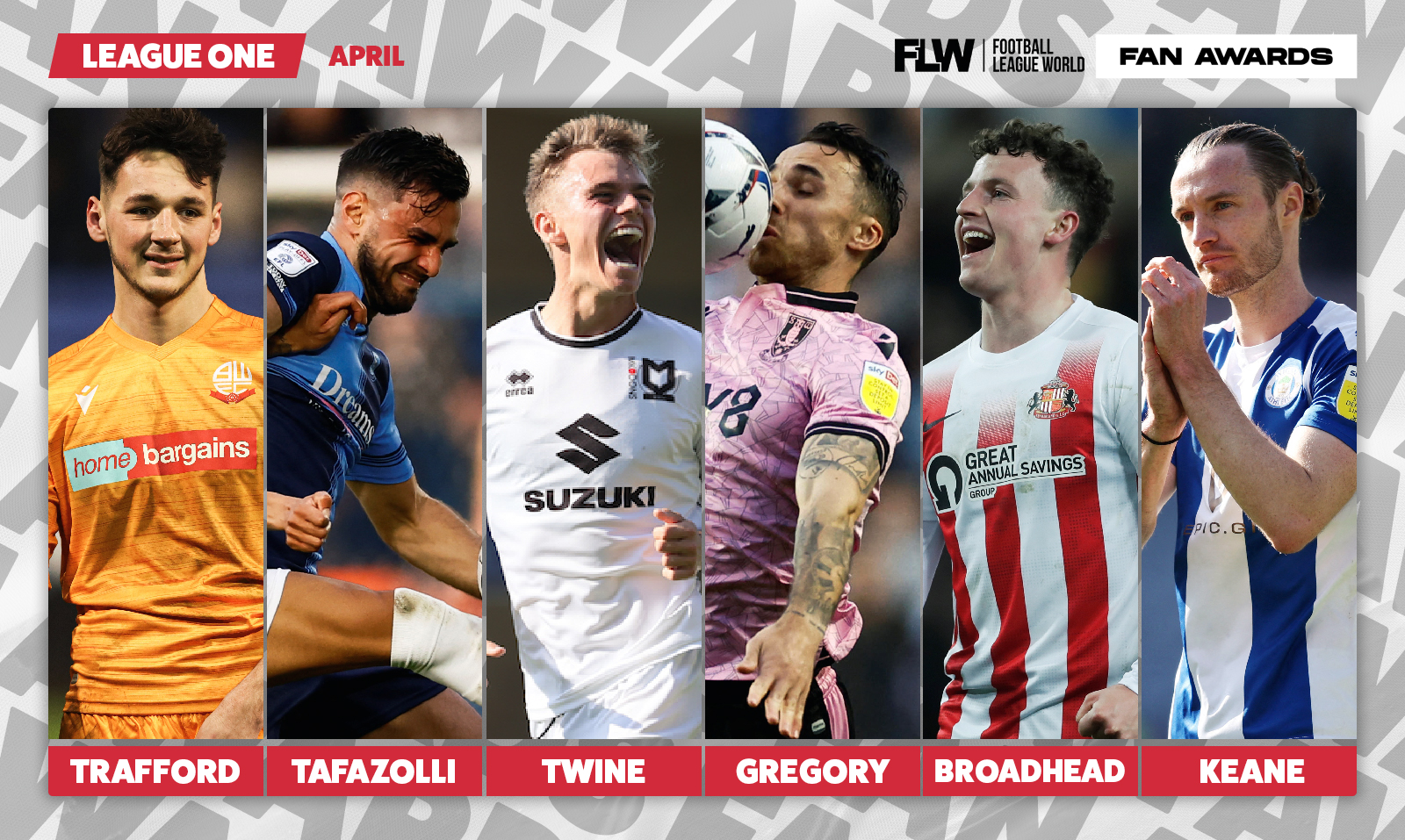 April brought the conclusion of the League One regular season and it was a fitting finale to a campaign that has been packed full of drama from the off.

Teams were battling it out right to the very end at both the top and bottom of the third tier table, with some outstanding individual performances produced in the final weeks.

Six of the division’s standout players in April have been nominated for the FLW Fans’ League One Player of the Month award and the vote is now open. It runs until 9am tomorrow, with the winner announced later that morning.

To help you work out how to cast your vote, we’ve broken down why each of the six nominees made the shortlist.

Bolton finished off the 2021/22 League One campaign in style – going unbeaten and taking 15 points from seven games in April.

Key to that was goalkeeper James Trafford, who was kept fairly busy throughout last month but stood up to the pressure.

The Manchester City loanee made 25 saves and provided an assist.

The business end of the season is all about results and Wycombe certainly produced as they snuck into the play-offs thanks to the best record in League One last month.

He made 41 clearances and won 34 aerial duels as he helped the Chairboys concede just four goals all month.

It’s been a magical season for MK Dons attacker Scott Twine, who capped it off in style by scoring six times and providing three assists in April.

If this is to be the last time we see him in League One, as his bright talent suggests, then he certainly bowed out in style.

The highlight was his four-goal performance against Plymouth Argyle on the final day of the 2021/22 campaign.

In terms of impact, few players made more than Nathan Broadhead last month as his goals fired Sunderland to the play-offs.

The Everton loanee has been unlucky with injuries this term but made a stunning return in April – scoring five goals from 13 shots in seven games.

He proved a real nuisance for opposing defences and could be key in the play-off final later this month.

Lee Gregory hit form at the perfect time for Sheffield Wednesday as he scored seven goals in seven games to help them book their place in the play-offs.

The 33-year-old does so much more than just find the net, as his 27 aerial duels won illustrate, but in the business end of the season, it really is hard to look past his goals.

The highlight, without doubt, was his hat-trick in a 3-2 comeback win against Fleetwood Town.

Seven goals and two assists in the final month of the 2021/22 campaign allowed Will Keane to get his hands on a few bits of silverware.

Thanks in no small part to Keane, no team scored more goals than Wigan in April as the Latics secured promotion to the Championship and the League One title.

The striker also clinched the third-tier golden boot thanks to a brace against Shrewsbury Town on the final day of the season.