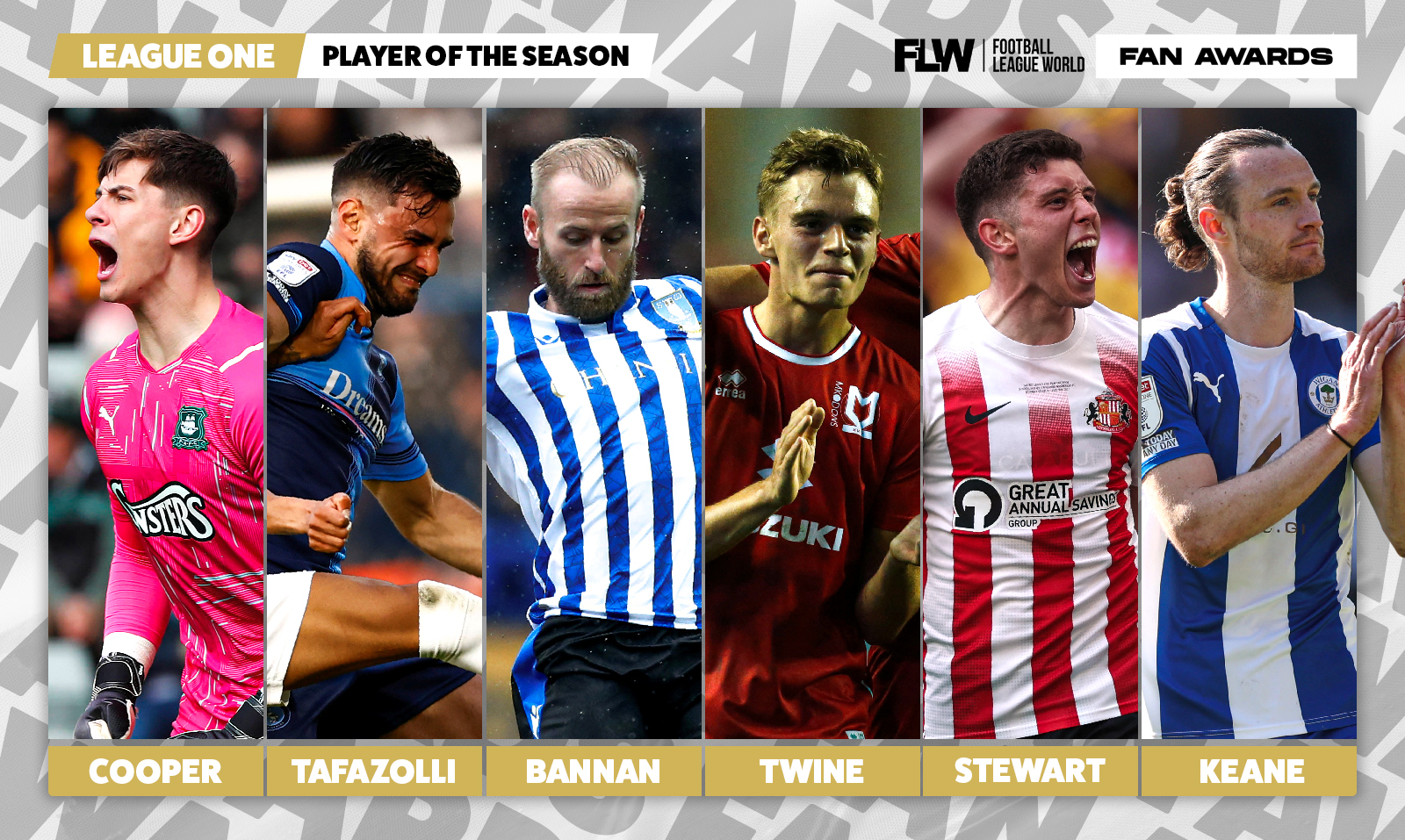 From the start, the 2021/22 League One season looked set to be one of the most exciting we’ve seen for some time and it certainly didn’t disappoint.

Battles at both ends of the table raged on into the final month of the campaign, with the automatic promotion places and title winners settled on the last day.

There were some phenomenal individual performers in 2021/22 and six of the best have been nominated for the FLW Fans’ League One Player of the Season award.

It was an eventful season for Plymouth Argyle, with a change at the helm and a play-off push that failed on the final day, but Michael Cooper offered them consistent brilliance between the sticks.

The 22-year-old played nearly every minute of every League One game for Argyle while no goalkeeper in the division made more saves (142) or kept more clean sheets (18) in the regular season.

There was no sign of a relegation hangover for Wycombe in 2021/22 as they went close to bouncing straight back up to the Championship but fell just short due to defeat in the play-off final by Sunderland.

Centre-back Ryan Tafazolli was central to their success with his contributions at both ends of the pitch – making a mammoth 189 clearances as well as scoring five times.

There was plenty of talk ahead of Sheffield Wednesday‘s return to League One about Barry Bannan being a cut above other players in the division and the Owls skipper did not disappoint.

The Scotsman steered Wednesday to the play-offs and was a constant threat – scoring nine times and providing 12 assists.

Surely the signing of the season in League One, Scott Twine was a joy to watch in 2021/22 as he fired MK Dons to the play-offs.

Used as both a midfielder and a forward by Liam Manning, the 22-year-old decimated opposing defences on his way to a tally of 20 goals and 13 assists.

Will Keane has struggled for consistency since leaving Manchester United but he appears to have found a home at Wigan Athletic and fired them to the League One title in 2021/22.

In what was the best season of his career, Keane scored 26 goals and provided seven assists as he scooped the third tier golden boot.

The pressure was on Ross Stewart to produce after Charlie Wyke left to join Wigan last summer and the man they call ‘The Loch Ness Drogba’ duly delivered.

So much more than just a target man, Stewart scored 26 goals for Sunderland – including one in the play-off final at Wembley – and made 67 key passes as he helped the Black Cats finally return to the Championship.