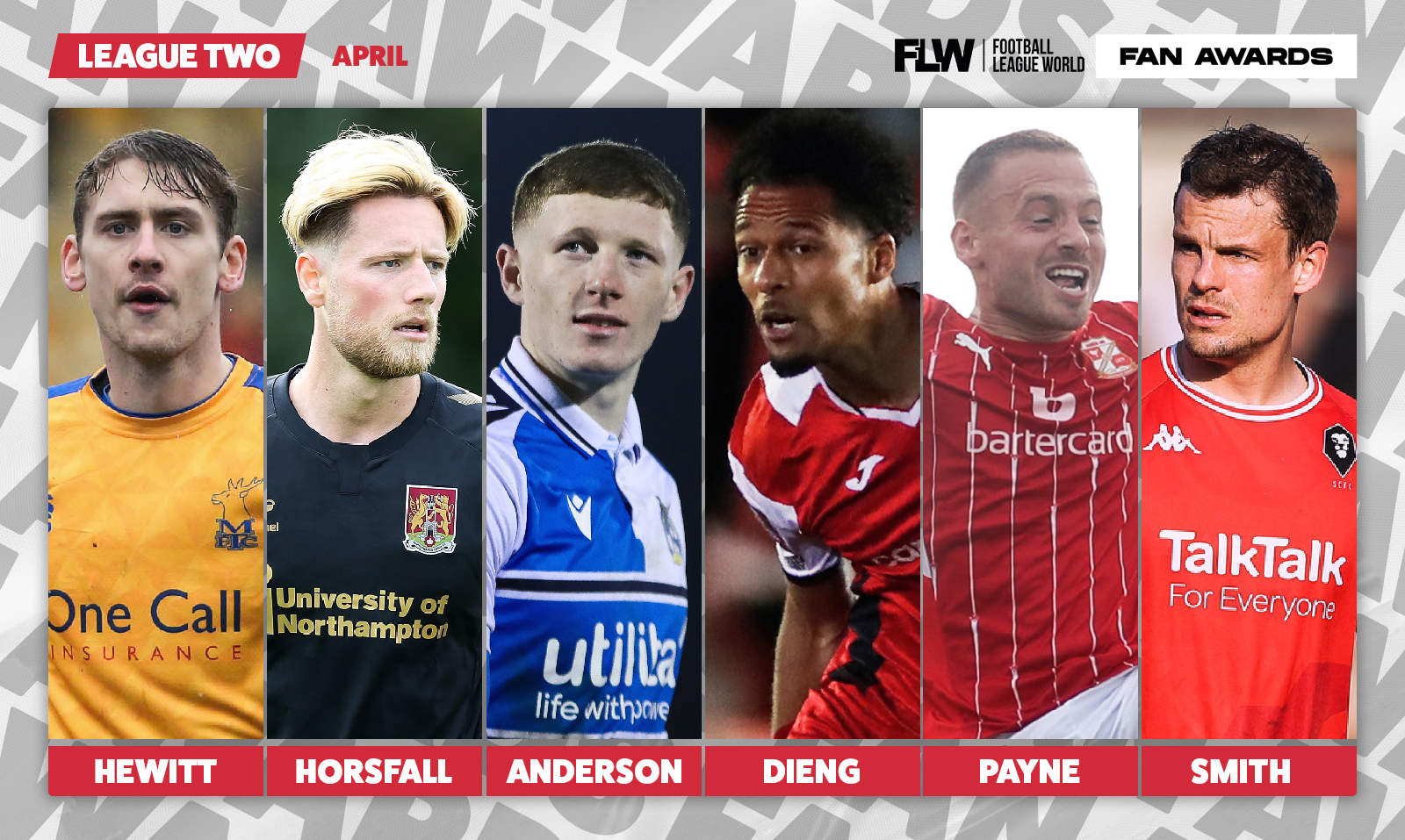 The vote for the FLW Fans’ League Two Player of the Month award for April is now open, with six of the standout players in the division on the shortlist.

The penultimate month of the 2021/22 campaign was a very busy one in the fourth tier but despite a high quantity of games, there were still plenty of quality performers.

Six of the best feature on our shortlist and supporters have until 9am tomorrow to cast their vote.

To help decide who should get the nod, we’ve broken down why each of the six were nominated.

It was clear to see in April just what an important player Elliot Hewitt is for Mansfield Town, both in and out of possession.

Hewitt made 13 tackles and seven key passes as he helped the Stags earn four clean sheets in seven games and keep pace in the play-off race.

No side conceded fewer goals than Northampton Town last month and centre-back Fraser Horsfall was part of the reason why.

The defender continued what has been an impressive 2021/22 campaign with some huge performances in April – winning 59 aerial duels as he helped the Cobblers concede just four times in six games.

What an impact Newcastle United loanee Elliot Anderson has had since joining Bristol Rovers in January!

The playmaker’s brilliance was on show in April as his three goals and two assists helped the Gas go unbeaten as they closed in on the automatic promotion places.

No side had a better record in League Two than Exeter City last month, with the Grecians taking 16 points from seven games and eventually securing promotion to League One.

In a massive month for the club, midfielder Timothee Dieng stood out – bagging two goals from the centre of the park and making 12 tackles.

It’s been a hugely impressive season for Swindon Town’s Jack Payne and we saw more of his best last month as he helped his side close in on a play-off place.

Stepping up when his side needed him, Payne flexed his muscles as both a goalscorer and a creator – scoring once and providing four assists.

Salford City January arrival Matt Smith continues to impress and finds himself on this shortlist again for April.

The physical striker scored three times but his work off the ball, winning a remarkable 82 aerial duels, was just as important.